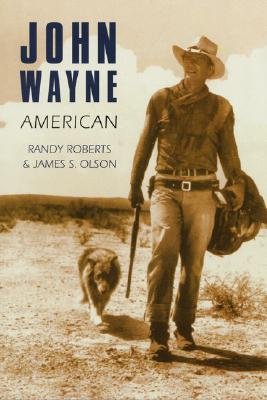 Publisher : U of Nebraska Press

"John Wayne remains a constant in American popular culture. Middle America grew up with him in the late 1920s and 1930s, went to war with him in the 1940s, matured with him in the 1950s, and kept the faith with him in the 1960s and 1970s. . . . In his person and in the persona he so carefully constructed, middle America saw itself, its past, and its future. John Wayne was his country’s alter ego." Thus begins John Wayne: American, a biography bursting with vitality and revealing the changing scene in Hollywood and America from the Great Depression through the Vietnam War. During a long movie career, John Wayne defined the role of the cowboy and soldier, the gruff man of decency, the hero who prevailed when the chips were down. But who was he, really? Here is the first substantive, serious view of a contradictory private and public figure.

Authors: Randy Roberts
Categories: Biography & Autobiography
"John Wayne remains a constant in American popular culture. Middle America grew up with him in the late 1920s and 1930s, went to war with him in the 1940s, matu

Authors: Richard D. McGhee
Categories: Performing Arts
After the death of Marion Morrison, known as John Wayne, in 1979, President Jimmy Carter said that Wayne "was bigger than life. In an age of few heroes, he was

Authors: Garry Wills
Categories: Biography & Autobiography
Explores the life and times of John Wayne and his legend, explaining how the man, Marion Morrison, became a myth and how that myth shaped Americans' political a

Authors: Roland Schaefli
Categories: Performing Arts
John Wayne worked on film sets around the globe. This book follows the trail, from his beginnings on the Fox backlot to his final filming in Lone Pine, Californ

Authors: Larry Powell
Categories: Biography & Autobiography
Exploring the early westerns of John Wayne--from his first starring role in the The Big Trail (1930) to his breakthrough as the Ringo Kid in John Ford's Stageco

John Wayne: The Life and Legend