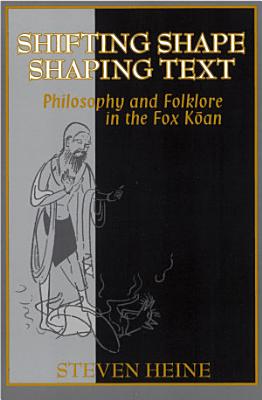 According to the fox koan, the second case in the Wu-men kuan koan collection, Zen master Pai-chang encounters a fox who claims to be a former abbot punished through endless reincarnations for denying the efficacy of karmic causality. In the end he is liberated by Pai-chang's turning word, which asserts the inexorability of cause-and-effect. Most traditional interpretations of the koan focus on the philosophical issue of causality in relation to earlier Buddhist doctrines, such as dependent origination and emptiness. Dogen, the founder of the Japanese Soto school, devoted two fascicles of the Shobogenzo exclusively to the fox koan. One fascicle supports a paradoxical view of causality and non-causality, the two being "two sides of the same coin"; the second strongly attacks this interpretation and defends a literal reading that asserts causality and denies non-causality. Dogen's apparent change of heart on this topic has inspired scholars of the recent Critical Buddhist methodology to evaluate the merits and weaknesses in Zen's attitude toward ethical issues and social affairs. Shifting Shape, Shaping Text examines the fox koan in relation to philosophical and institutional issues facing the Ch'an/Zen tradition in both Sung China and medieval and contemporary Japan. Steven Heine integrates his own philological analysis of the koan, textual analysis of koan collections and related literary genres in T'ang and Sung China, folklore studies, recent discourse theory, Dogen studies, and research on monastic codes and institutional history to craft an original and compelling work. More specifically, he illuminates a fascinating dimension of the entire Ch'an/Zen tradition as he carefully lays out the philosophical issues in the koan concerning causality/karma and enlightenment, the ethical issues contained therein, the bearing that certain interpretations of causality had on the creation of monastic codes and institutional security in China, the relation between Zen and folk religion as revealed by the koan, and the issue of possible antinomianism in Zen, especially as grappled with by later thinkers such as Dogen and contemporary representatives of Critical Buddhism. Finally he applies theories of "high" and "low" religion and contemporary discourse and in the process rethinks the theories and their applicability across cultures. Far-reaching yet rigorous, Shifting Shape, Shaping Text will not only attract the interest of Ch'an/Zen specialists, but also those studying folklore, popular religion, and issues concerning the nature of discourse and the relation between "high" and "low" religions.

Authors: Steven Heine
Categories: Philosophy
According to the fox koan, the second case in the Wu-men kuan koan collection, Zen master Pai-chang encounters a fox who claims to be a former abbot punished th

Authors: Professor Kathryn Sutherland
Categories: Language Arts & Disciplines
Traditional critical editing, defined by the paper and print limitations of the book, is now considered by many to be inadequate for the expression and interpre

Authors: Edward P. Sarafino
Categories: Psychology
Sarafino's goal in Principles and Procedures for Modifying Behavior is to create a clear and engaging instrument that describes ways to analyze one's own specif

Authors: Emmanuel Tsekleves
Categories: Design
One of the most complex global challenges is improving wellbeing and developing strategies for promoting health or preventing ‘illbeing’ of the population.

Teaching for the Students

Authors: Bob Fecho
Categories: Education
In this follow-up to his popular book, ''Is This English?,'' Bob Fecho explores dialogic teaching—what it is and how teachers can move toward more reflective

Authors: Luciano Floridi
Categories: Philosophy
Philosophy and Computing explores each of the following areas of technology: the digital revolution; the computer; the Internet and the Web; CD-ROMs and Mulitme

The Library of Qumran

Authors: Hartmut Stegemann
Categories: Family & Relationships
One of the world's most eminent scholars on the Dead Sea Scrolls provides an excellent introduction to the subject as well as an insightful evaluation of the st