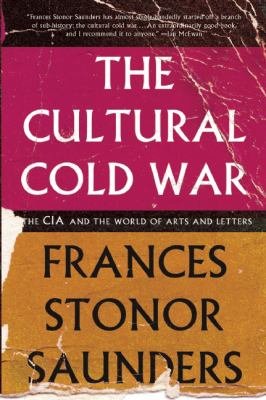 During the Cold War, freedom of expression was vaunted as liberal democracy’s most cherished possession—but such freedom was put in service of a hidden agenda. In The Cultural Cold War, Frances Stonor Saunders reveals the extraordinary efforts of a secret campaign in which some of the most vocal exponents of intellectual freedom in the West were working for or subsidized by the CIA—whether they knew it or not. Called "the most comprehensive account yet of the [CIA’s] activities between 1947 and 1967" by the New York Times, the book presents shocking evidence of the CIA’s undercover program of cultural interventions in Western Europe and at home, drawing together declassified documents and exclusive interviews to expose the CIA’s astonishing campaign to deploy the likes of Hannah Arendt, Isaiah Berlin, Leonard Bernstein, Robert Lowell, George Orwell, and Jackson Pollock as weapons in the Cold War. Translated into ten languages, this classic work—now with a new preface by the author—is "a real contribution to popular understanding of the postwar period" (The Wall Street Journal), and its story of covert cultural efforts to win hearts and minds continues to be relevant today.

Authors: Frances Stonor Saunders
Categories: History
During the Cold War, freedom of expression was vaunted as liberal democracy’s most cherished possession—but such freedom was put in service of a hidden agen

Who Paid the Piper?

Authors: Frances Stonor Saunders
Categories: Arts
During the Cold War, writers and artists were faced with a huge challenge. In the Soviet world, their freedom was often denied, while in the West freedom came a

Authors: Roosevelt Study Center
Categories: History
The articles that comprise this collection constitute an evaluation of overt and covert influences on political and cultural activity in Western European democr

Authors: Frances Stonor Saunders
Categories: History
During the Cold War, freedom of expression was vaunted as liberal democracy’s most cherished possession—but such freedom was put in service of a hidden agen

The Cultural Cold War and the Global South

Authors: Kerry Bystrom
Categories: History
This volume investigates the cultural sites where the global Cold War played out. It brings to view unpredictable encounters that arose as writers, artists, fil

Science, Technology and the Cultural Cold War in Asia

Authors: Yuka Moriguchi Tsuchiya
Categories:
Tsuchiya presents a new insight into the political roles of science and technology during the Cold War era in Asia.

Authors: Hans Krabbendam
Categories: History
The idea of the Cold War as a propaganda contest as opposed to a military conflict is being increasingly accepted. This has led to a re-evaluation of the relati

Neither Peace Nor Freedom

Authors: Tony Day
Categories: History
"These innovative essays compel us to reevaluate our understanding of the Cold War as a predominantly political and military event. Their consideration of a bro